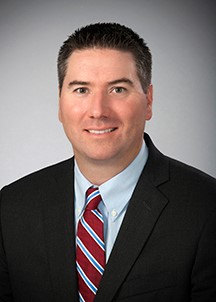 Dennis B. Murphy, Jr., the President and CEO of Gulfside Bank has over 19 years of banking experience starting his banking career in 2002 with AmSouth Bank as a member of its Management Associate program.  During his tenure with AmSouth Bank, Mr. Murphy held various roles including Branch Manager and Commercial Credit Analyst.  In 2008, Dennis left Regions Bank (which acquired AmSouth Bank) to become a founding shareholder with Gateway Bank of Southwest Florida, a community bank being formed in the Sarasota/Manatee County market.  Before its ultimate sale to CenterState Bank, NA in May of 2017, Mr. Murphy held various leadership positions with Gateway including roles such as Commercial Lender, Commercial Banking Manager and ultimately Senior Lending Officer.  As Executive Vice President and Senior Lender of the Bank for the last six years of its existence, he was responsible for all aspects of the Bank’s lending function including loan production, credit administration, loan operations and loan compliance.  Dennis was retained after Gateway’s merger with CenterState Bank and became the Area Executive for Sarasota and Manatee Counties.  He left CenterState in October of 2017 to form Gulfside Bank.

Mr. Murphy has been active in the Sarasota and Bradenton communities since moving to the area in 2004.  Current Board involvement includes being the Chairman of the Board of the Greater Sarasota Chamber of Commerce as well as serving on its Finance Committee and Strategic Council.  He is also very active with the Florida Bankers Association (FBA) where he serves on the Board of Directors of both the FBA as well as the Florida BankPAC.

Awards and recognition include being recognized as a member of the Business Observer’s “40 under 40” and “Rising Stars in Banking” articles as well as Scene Magazine’s “Men on the Scene” series.  At its annual conference in June 2019, the Florida Bankers Association named Mr. Murphy “Florida Banker of the Year” and in October of 2019 the Greater Sarasota Chamber of Commerce awarded him its prestigious “Chair’s Cup Award.” 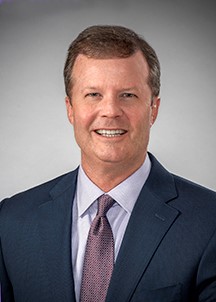 Thomas A. Martin, Jr., the Executive Vice President and Senior Lending Officer of Gulfside Bank has over 35 years of banking experience.  He is responsible for all aspects of the Bank’s lending function including loan production, credit administration, loan operations and lending compliance. Tom started his banking career in 1984 with Sun Bank of Tampa Bay as a member of its Management Associate program.  After graduation from the Management Associate program in 1985, Mr. Martin served as a commercial lending officer in the Clearwater and Dunedin markets until 1989 when he was approached and hired as a commercial lender by SouthTrust Bank who was starting a de novo office in Sarasota.  Tom spent 10 years at SouthTrust in Sarasota developing, managing and expanding new and existing bank relationships for the Bank including some of the larger Bank clients in the Southwest Florida market.  Since 1999, Mr. Martin has held various leadership roles with both regional and community banks including being the Senior Lender for The Bank of Commerce and the Sarasota Market Executive for First Florida Integrity Bank.

Mr. Martin has been active in the community since moving to the area in 1989.  He has served on various boards including the YMCA, Pines Foundation, Sarasota RMA and The Field Club.

Mr. Martin is a 1983 graduate of the University of Florida in Gainesville, FL with a major in Finance.   Tom is a 1997 graduate of Leadership Sarasota County. 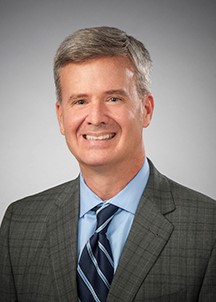 Jeffrey D. Saunders, the Executive Vice President and Chief Financial Officer of Gulfside Bank has nearly 30 years of accounting, finance and operations experience in the banking industry. As the Bank’s CFO, Mr. Saunders leads the Bank’s accounting, finance, treasury, human resources, information technology, and deposit operations functions. Prior to joining Gulfside Bank, Jeff had been Executive Vice President and Chief Financial Officer of HomeBancorp, Inc., a bank holding company based in Tampa, from February 2010 until the sale of the Company in April 2018. He was also an Executive Vice President, Chief Financial Officer & Chief Operations Officer and member of the Board of Directors of the Company’s bank affiliate, HomeBanc. Mr. Saunders’ banking experience from 1992-2010 includes serving as the Chief Accounting Officer for Capitol Bancorp, multi-bank holding company based in Michigan and the Chief Financial Officer of Republic Bank, a $6.7 billion bank with over 90 offices in Michigan, Ohio and Indiana. Prior to starting his career in banking, Jeff worked for Deloitte, one of the big “four” accounting organizations, as an auditor.

Jeff is a Certified Public Accountant and has a Bachelor of Business Administration degree from Western Michigan University.

Gain access to free ATM transactions when you sign up for any of our qualifying checking or savings accounts.
Checking Options